This is my last day in Rwanda after spending the week visiting the water projects that our supporters have helped to fund in its Rulindo and Kicukiro districts since the start of last year.

I thought that I knew a lot about our Everyone Forever systems-led programme before boarding my flight to Kigali at the start of the week, but I’m not sure I had even scratched the surface of this incredibly detailed project that I now know will continue to transform the lives of millions of people in Rwanda for good.

I’ve been trying to work out how best to write about my experience of seeing a systems-led programme for the first time, as the detail that makes it so successful also makes it fairly difficult to explain. Over the last three days, I was fortunate to meet some of the key stakeholders at each of the different touch points in the system – so I thought that sharing their knowledge would help others to learn about the systems-led approach in the same way I have first-hand this week.

Prosper Mulinda, the Vice-Mayor of Rulindo, explained how the NGOs contribute 45% of the funding and the government and district provide the rest. This means that the national and regional representatives have a financially invested interest in the long-term success of the project. He also described how involving the government and individual districts from the start helps to ensure sustainability, as they will be able to manage the programme independently once the NGOs leave. This will ultimately provide each district with a system that will empower millions of people to look after their own water supply beyond aid dependency forever. Incredible. 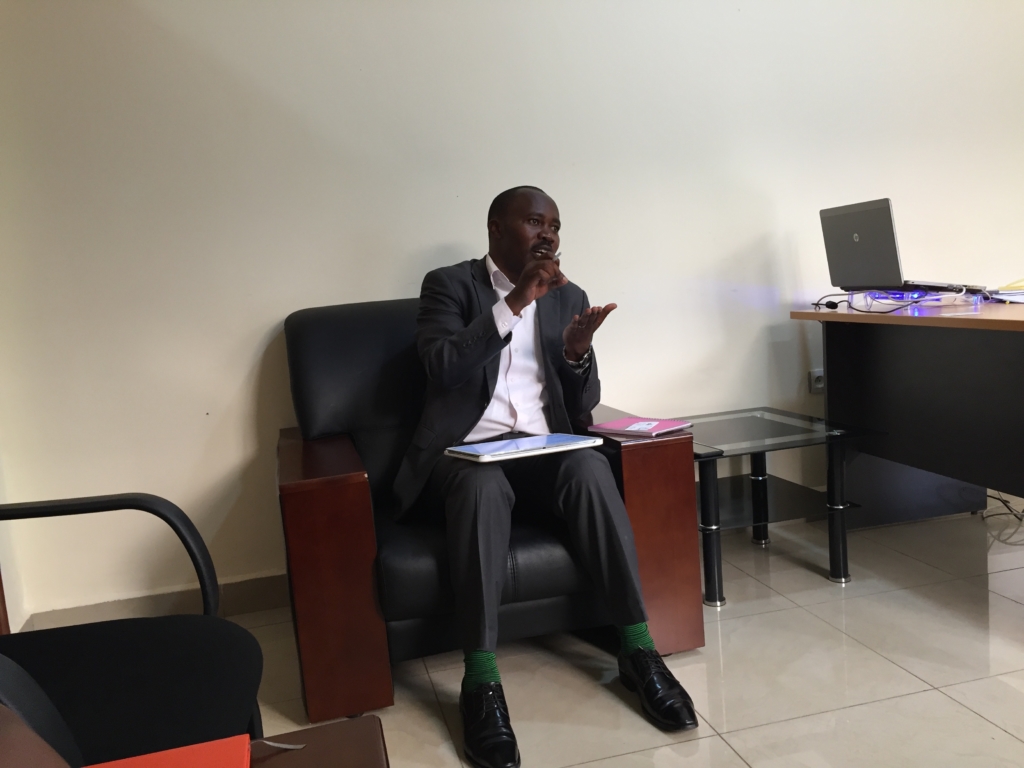 Mr Innocent, one of the workers at the plant, described how water from the local river or ground water would be pumped into the facility and then filtered, treated, oxidised, assessed for quality and, finally, pumped out to serve Kigali – all within one hour. He then revealed that by July, once the construction had finished on the expansion site next door, this plant will have the capacity to provide 98 litres of clean water a day for all of Kigali’s 1.2 million residents. Pretty incredible when you think that the average person in the UK uses 150 litres of water a day. 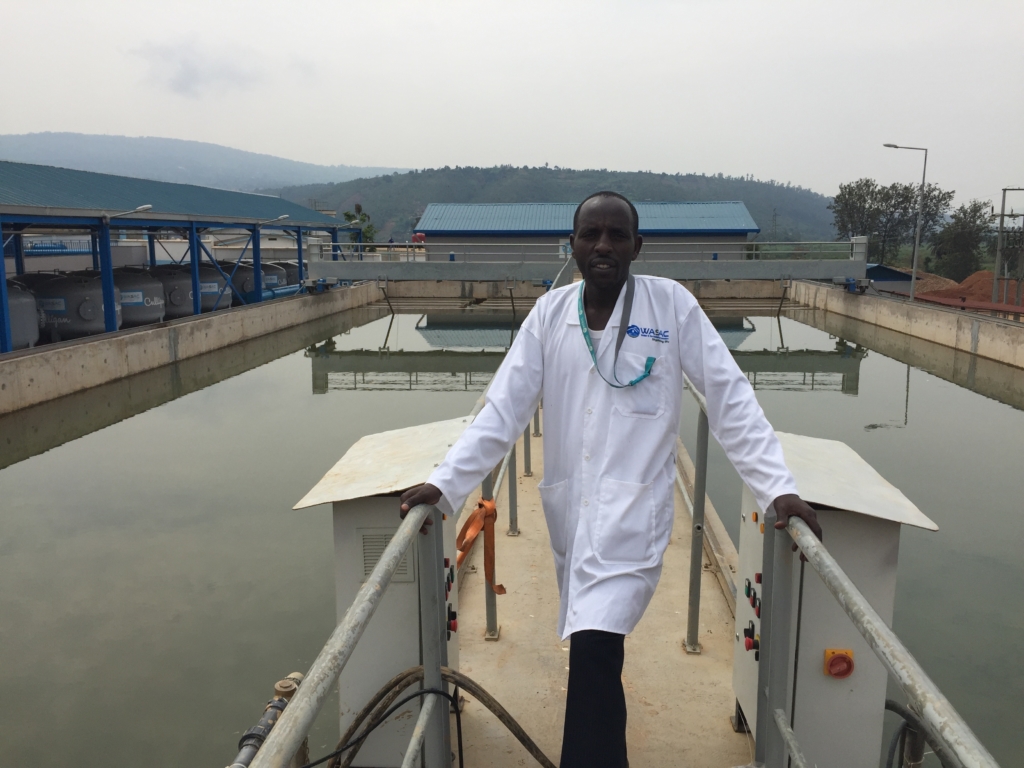 Then the local pumping stations
In the middle of a sea of green hills is one of Rulindo’s pumping stations. Here I met an employee called Celesta who explained that it was impossible to supply clean water to the whole district before. There are nearly 290,000 residents spread across its 219 square miles of steep hills and valleys.

Celesta then proudly revealed that his station pumps water to three villages in Rulindo, where all of their residents would be able to access clean water now. 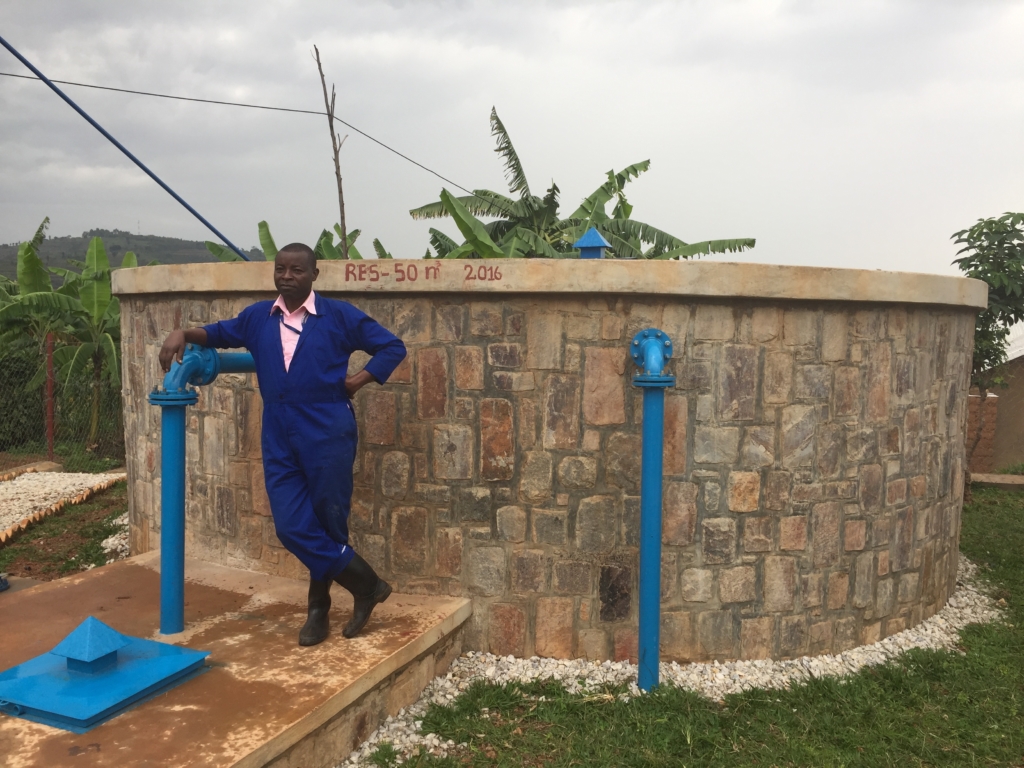 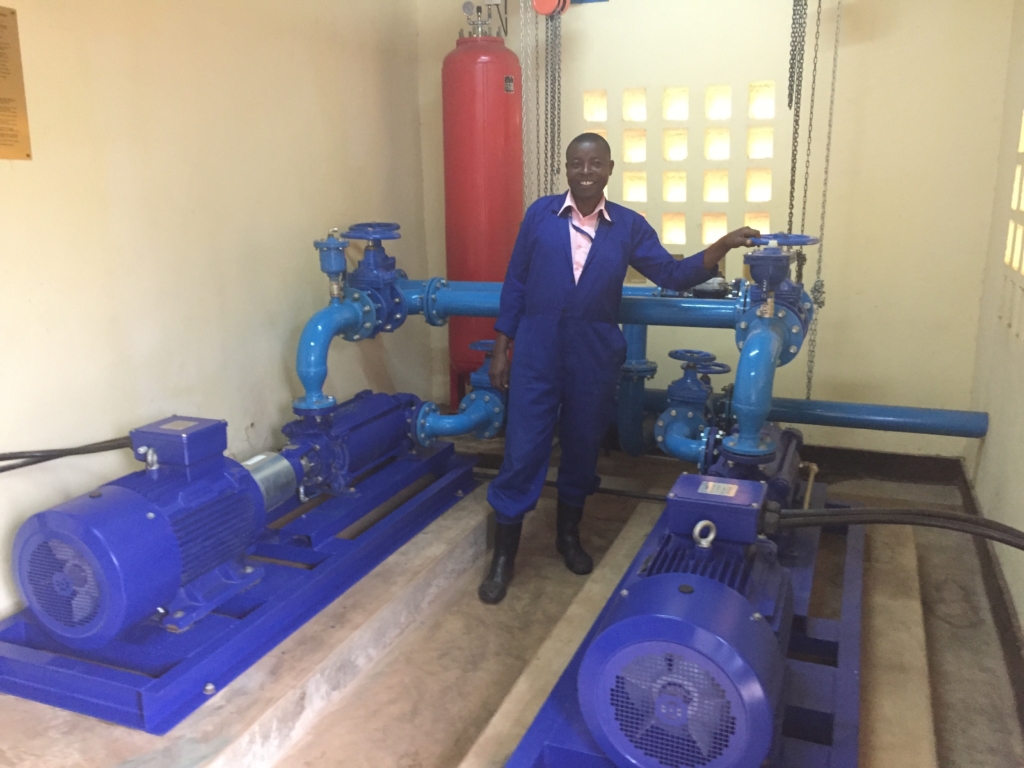 And after – the schools, clinics, houses and villages
We’ve committed to helping every school, clinic, house and village in Rulindo and Kicukiro connect to a sustainable water system by the end of 2018 (quite an ambitious target!).

But sure enough, the last few days I’ve already seen a school called Nyarurama Primary School where all of its 1,114 students now have clean water and sanitation facilities, houses where residents can pay for their own personal water supply, clinics that provide clean water for their patients and public taps for people whose homes are not connected to the water system yet. 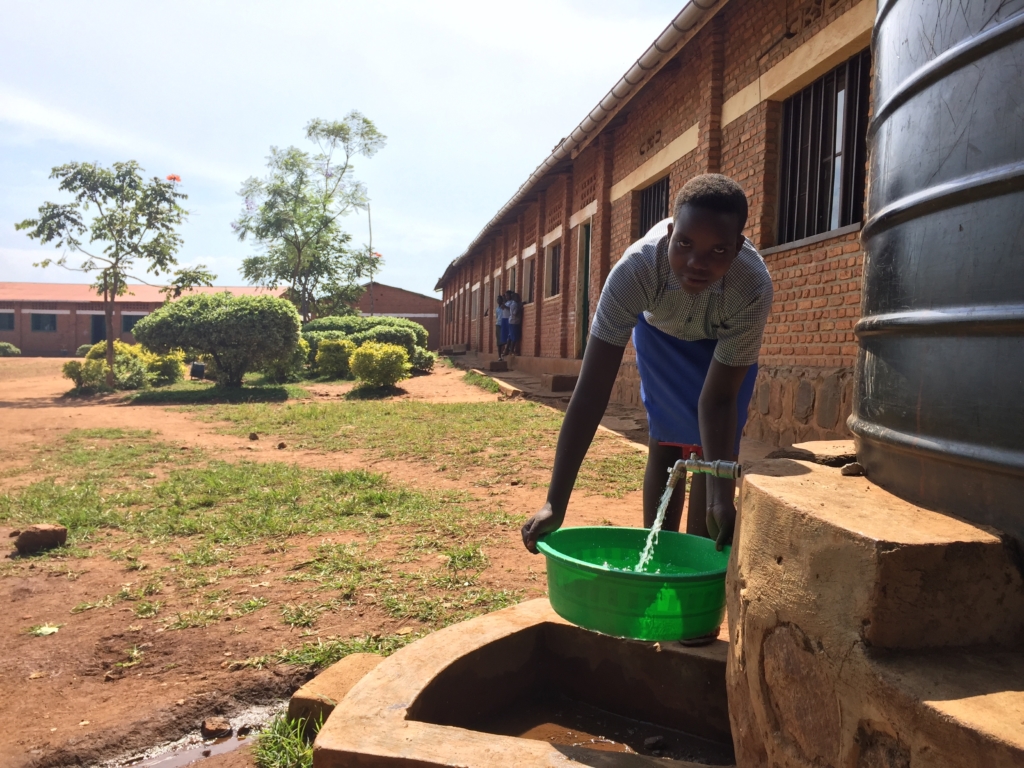 I met a water seller at Mugambazi Village in Rulindo called Therese who told me that residents would buy 20 litres of water from her for about 20p. She then went on to explain that if people can’t afford to pay (the community determines which people are vulnerable), they are given two free 20 litre jerry cans a day and the district covers the cost. 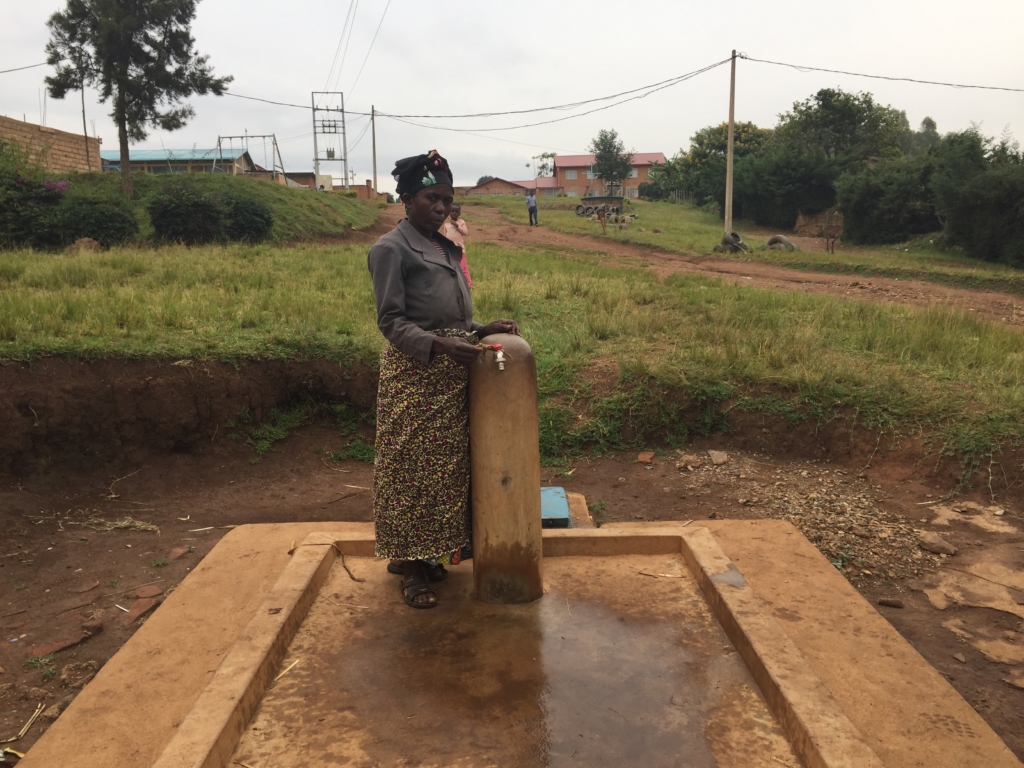 And finally – every single person in every single community, forever
By the end of 2018, every single one of the 318,000 people living in Kicukiro and 290,000 in Rulindo will have access to clean, safe water forever. Just like our water systems at home, all schools, houses, clinics and communities will be able to purchase water that comes straight out of their taps. A system that has worked in the UK for decades and will soon empower Rwanda to provide its whole population with a sustainable water supply, without the need for aid, charity or international support.

Once we’ve achieved this, your support will help to fund future systems in other districts around the world – and change more lives forever – until hopefully one day, in the not too distant future, we can live in a world where everyone has access to clean water forever. 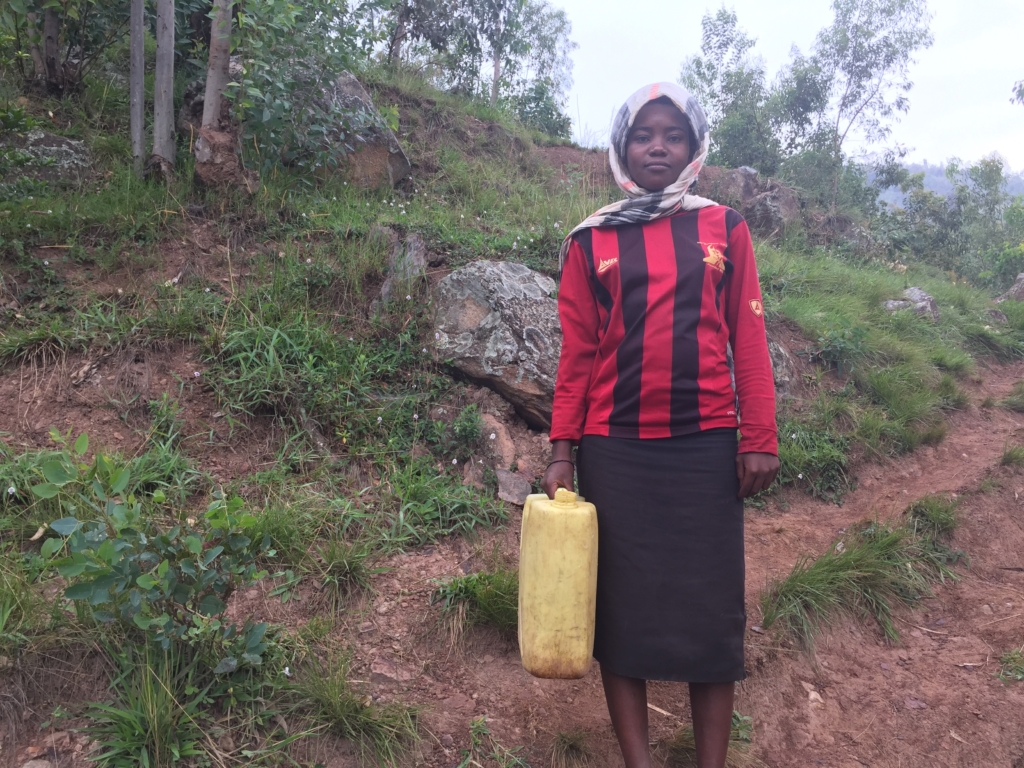 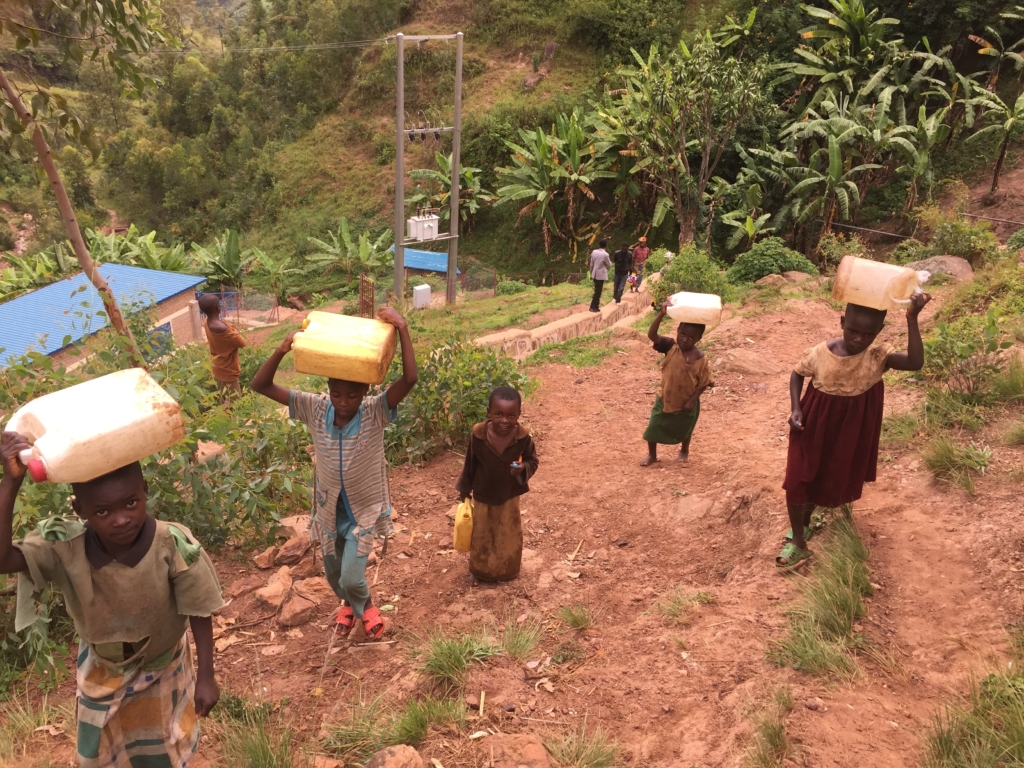