Only a few months ago I was at my graduation ceremony feeling excited, but overwhelmed, by the idea of entering the world of work. Little did I know that in a couple of months I would be working for such an inspirational company and helping to make an impact on people’s lives across the globe.

I’ve been interning at The One Brand for nearly 3 months now as Marketing Executive, and I have enjoyed my time here enormously. The lessons I’ve learnt and the confidence I have gained by working alongside such bright, driven people has made my journey here very rewarding. 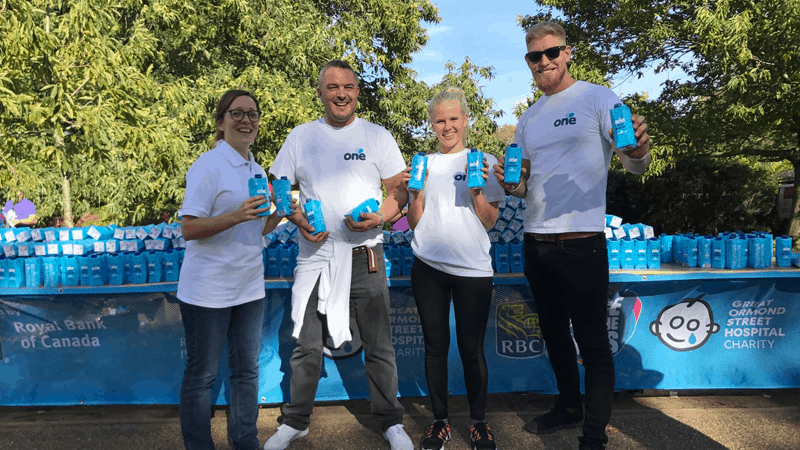 On my very first week, I had an induction with our founder Duncan Goose. I was captivated by his many stories about his experience travelling the world twenty years ago. What particularly stuck with me was when Duncan explained how he had been caught in the middle of Hurricane Mitch, which destroyed entire communities in Central America. Duncan, having survived off eating only grapefruit, explained how he had helped fund the rebuilding of the communities that had been left devastated by the disaster, and how this inspired him to build his own company to give back to communities. I knew from that moment that One would be a company I would be immensely proud to work for.

What I’ve found really fascinating since working at One is the huge debate around sustainability. I studied this topic in detail at University, however, I had never experienced first-hand what it was like to work for a company with sustainability at the core of its business model. What I love about One is that it offers consumers a choice, by selling drinks in recyclable plastic, cartons and glass (my personal favourite is the One Less Bottle as I love the trendy design and think it’s a great alternative to a plastic bottle!).  Having attended numerous events I have had the opportunity to speak to a number of different people and hear their outlook on packaging and sustainability, which has helped me to develop and expand my own views.

A highlight of mine was attending the World Duty Free (WDF) roadshow in October, where I was able to personally congratulate employees at WDF for raising £2 million for The One Foundation through the sale of bottled water and jute bags in store. This was a great experience for me, as I loved hearing everyone’s stories about how they helped to fundraise as well as being able to discuss their feedback and ideas for future success. I was also fortunate enough to accompany Duncan to Heathrow Airport to receive the outstanding donation, which was a very surreal moment. 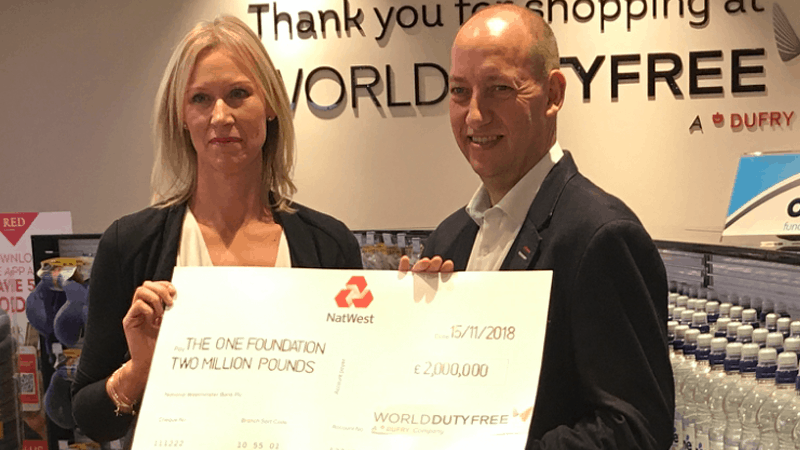 Another highlight of mine was attending the RBC Race for Kids on the 13th October. With our water cartons being the chosen finish line water for the event, I took part in handing these out to keep runners hydrated at the end of the race. The great atmosphere and smiles on the runners faces when they received our ‘One Less Bottle’ was unforgettable. We had a huge positive response to our bottles, with some runners even tweeting about how great they were! 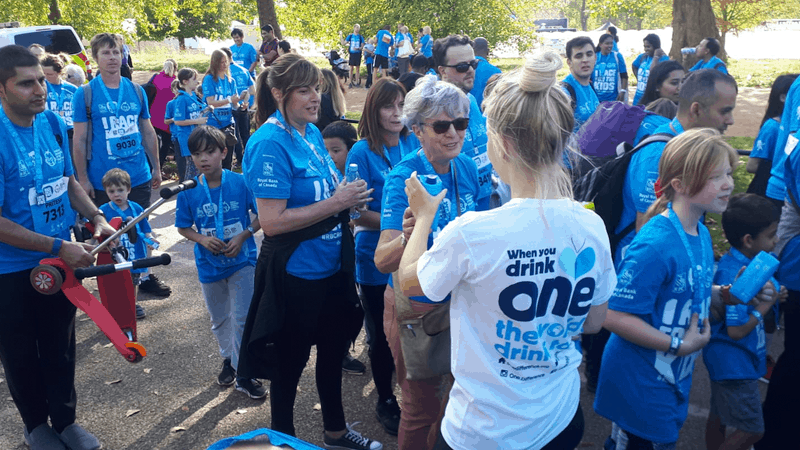 At the moment I am working on our Christmas raffle campaign which has been really fun to work on. I’ve been lucky enough to get in touch with some great companies, including fellow members of our B-Corp family! We’ve had great success in grabbing some fabulous prizes, which I’m really excited to announce at the beginning of December. This opportunity has allowed me to develop my knowledge on what other great organisations are out there and hopefully this will lead to some great corporate relationships in the future.

Altogether, the best thing I could say about working here is the company culture. The atmosphere is very friendly and everyone is so passionate about the issues surrounding sustainability which has sparked many interesting debates in the office.

It is hard to comprehend, but over 2 million people die every year from waterborne diseases – most of them children under 5 – due to living without access to safe drinking water. I find it very rewarding working for a company that gives back to some of the world’s poorest communities; it makes walking into work every day seem worthwhile as it’s a great knowing that the work we do is saving lives.