Diary entry from our Managing Director, Paul, and Kathryn and Holly from World Duty Free on their current trip to Nairobi to visit The One Foundation’s funded programmes.

It is rare when something so blinding obvious, so totally life changing & yet so wonderfully simple, hits you in the face with such force. Today in the informal settlement of Biafra this was what we collectively experienced.

Biafra is one of 12 settlements across Nairobi housing about 20,000 people in little more than 1km/sq. Just normal families like yours & mine, albeit trying to get on with life on $1 a day or less. The entire “town” is built of scrap wood, metal & plastic, on a base of mud. It is on a hill, where the tiny walkways are also the drains leading down to the River Nairobi. When it rains the open sewerage and dirty water sources become a huge issue – and Biafra is teeming with people, many under the age of 10.

Originally, & almost unbelievably, the river was the main source of water for everything from toilets to cleaning to drinking water. This was upgraded some years back with a vast spiders web of still visible blue “hosepipes”. An improvement on the river, but the inevitable leaks & wear & tear meant that the waves of cholera & typhoid continued. Beyond this, the only access to water was through illegal vendors who sold dirty water at a huge profit – barely an improvement.

The One Foundation’s project that we saw nearing completion, is an underground network of robust pipes linked to water stations every few hundred yards. At each water station you can buy guaranteed clean water at 10% of the cost of the illegal vendors, 24 hours/day, in whatever quantities you want. You pay using a simple ‘tap and pay’ fob mechanism. This is genuinely jaw dropping stuff.

But there are two further benefits. Firstly, it is run by the local community, led by an awe inspiring Chief AKA Mr Chairman, working hand in hand with a regional organisation called Water & Sanitation for the Urban Poor (WSUP), in conjunction with both local & central government. Secondly, it is such a simple proven model that can be scaled & rolled out, with a clear ROI in terms of changing lives via access to clean, safe water.

I was amazed at the enterprise in the informal settlements today especially those at Githogoro village- it felt like a community market place, rather than a slum area, which I didn’t expect.

The Pre-Paid Dispensers (PPDs) in Biafra were superb and I’m really impressed with the adaptation of solar power and preload credit and tap and go; what great use of tech that we take for granted in our UK lives.  Makes me ponder about what other tech ideas can be adopted and adapted for these communities.

It’s a huge job to lay pipes and install water suppliers and meter points but The One Foundation and their partners have so much cooperation from the chairmen in the 2 settlements we visited that I’m certain they’ll succeed in further improvements.

The sooner that the illegal water sellers can be eradicated the better!  I hope they can become part of the safe water industry in time. I felt uplifted rather than sad or helpless (which I’d expected to feel) after my visits.

Today was an interesting day which had me feeling a mixture of emotions; a lot that I was not expecting.

The water kiosks are a fantastic idea and are really user friendly – it was nice to see how much impact they have on the community.

I found the conditions of living really difficult to digest. I found it so hard to process the open sewage being so close to the drinking water – and the fact we still have so far to go with improving this. What should feel like an achievement has made me feel more like I need to make even more impact and I could do better. 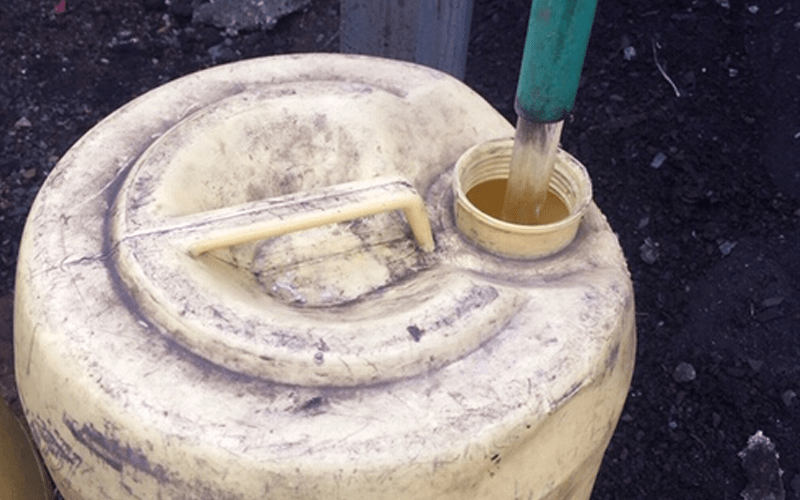 The communities were all really welcoming of the group and really friendly – I could see they were all thankful and excited to see us which was a great feeling.

All in all the day was a jumble of emotions that I think will take time to process; I am just so thankful to be part of this and to know that I am making a difference to peoples lives. There really isn’t a better feeling.